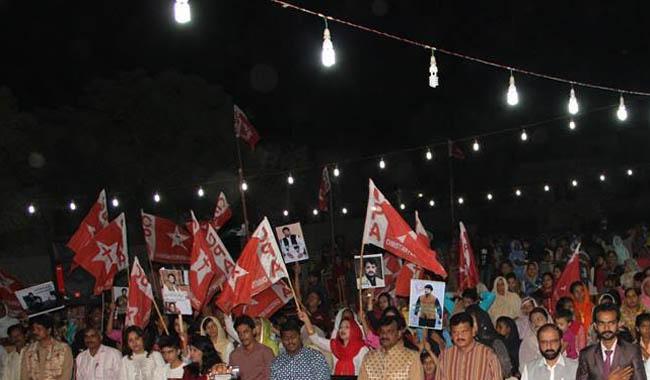 KARACHI: Unhappy with the mainstream political parties’ ignorance towards the real issues of Christian community, Shahzad Bakhsh – a Christian social worker and chairman of Panahgah Welfare Trust – formed his own political party with an aim to resolve issues of Pakistan’s second largest religious minority.

In a chat with The News at his residence in Karachi's Bhitaiabad area, Christian Peoples’ Alliance (CPA) chairman Shahzad Bakhsh said ‘minority wings’ of political parties have failed to highlight and resolve the problems Christians facing in Pakistan.

“Minority wings did nothing but divided the Christian community,” said Shahzad, adding that the political parties could not even convince the government to hold census and as a result we have less representation in legislatures.

His first priority, he said, is to unite the Christian community and spread awareness among them regarding their right to vote.

“The CPA recently organized three public gatherings in Karachi and I am hopeful that more people will join the party in days to come,” he added.

He said CPA has opened offices in various Christian colonies and more offices will be opened in days to come. “We have applied to Election Commission of Pakistan for registration and will participate in 2018 General Elections,” he added.

According to various reports, Christians are 2 percent of Pakistan’s 180 million population but Shahzad thinks the reports are inaccurate and said the number of Christians living in the country is much more than that.

Tanvir, a supporter of CPA, said most of his cousins are educated and are working in well-reputed organizations yet the people call them ‘Bhangis’ (sweepers).

Shahzad agrees with Tanvir and said the new generation of Pakistanis needs to know about the sacrifices rendered by Christian community for the country.

Qaiser, a resident of Bhittaiabad, said the political parties as well as the government have failed to provide good education and basic rights to Christian youths and the failure has pushed youngsters towards criminal activities.

“The political parties first need to educate Christian youths and treat them like Pakistani citizens and not like members of minority as Quaid-e-Azam Muhammad Ali Jinnah had call all of us Pakistanis not Bhangis,” said Qaiser.

CNG supply across Sindh to be restored on Saturday