Got it!
SK
Sarah Knapton

For several years, researchers have noticed that aerobic exercise, of the kind which gets the heart pumping, also appears to improve memory and learning. But nobody knew how. 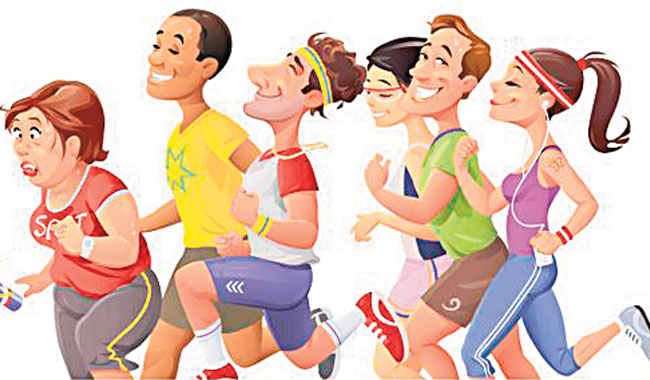 Now researchers at the National Institute on Ageing in the US have discovered that when muscles exercise they produce a protein called cathepsin B which travels to the brain and triggers neuron growth. The team has also shown that the levels of the protein soars when humans exercise.

“Overall, the message is that a consistently healthy lifestyle pays off,” said senior author Dr Henriette van Praag, a neuroscientist at the National Institute on Aging in the United States.

“We did a screen for proteins that could be secreted by muscle tissue and transported to the brain, and among the most interesting candidates was cathepsin B.

“Moreover, in humans who exercise consistently for four months, better performance on complex recall tasks, such as drawing from memory, is correlated with increased cathepsin B levels.”

The researchers first noticed the protein when studying mice which exercised regularly on wheels. The level of protein rose in the blood and muscle tissue the more the mice ran. When cathepsin B was applied to brain cells in a lab it spurred the production of molecules related to neurogenesis – the growth of neurons.

They also found that mice who were genetically modified so that they no longer produced the protein performed less well in memory tests.

“We also have evidence from our study that cathepsin B is upregulated in blood by exercise for three species—mice, Rhesus monkeys, and humans,” added Dr van Praag.

“People often ask us, how long do you have to exercise, how many hours? The study supports that the more substantial changes occur with the maintenance of a long-term exercise regimen.”